The Ordinance on the organization of the natural gas market has introduced significant changes for suppliers in the distribution system of the Republic of Croatia. The fundamental change is the introduction of nomination or delivery of forecast hourly gas consumption for the next gas day. Duplico, in cooperation with the PTMG and the Faculty of Electrical Engineering in Zagreb, has developed an application for making such nominations based on neuronal networks. As the distribution areas of an individual supplier are divided according to the measurement-reduction  units of the transport system operator, it is necessary to carry out measurements of gas consumption in those places. This ensures the comparability of measurements with those of transport system operators and facilitates processing of the data received for entry into the nomination system. The consumption of natural gas by large consumers, mostly industrial plants, depends primarily on the state of production, and can not be linked to predictable factors of natural gas consumption. Therefore, a large-scale consumer encoder connects the meter to the day-to-day delivery to the large consumer and supplier of hourly consumption data. Data from readings and measurement-reduction cells are performed using telemetry cells that have the ability to connect to a closed VPN network with the static IP addresses of each individual cell. Connectivity within the VPN network is realized through the GPRS / UMTS network of mobile operators, avoiding the installation of expensive telecommunication equipment and achieving secure, fast and inexpensive data transfer.

For the successful design of the nomination, it is necessary to know the meteorological conditions that governed at a certain reading of the natural gas consumption. For this reason, an automated meteorological station is connected to the VPN network in the supplier area and sends its measurements to the supervisory control center every hour. The available meteorological stations are:
– Air temperature
– Relative himidity
– Wind direction
– Wind speed
– Amount of precipitation
– Feel good
– Cloudiness

From meteorological data measured by an automatic meteorological station, the greatest influence on gas consumption has temperature, less precipitation, cloudiness, and speed and wind direction. Depending on the geographic area and season where the supplier is located, different meteorological sizes gain or lose importance.

Image 3 shows a screen where a possible historical analysis of consumption and temperature data is compared with the nomination and forecasts for the next day depending on the required criteria. Display criteria is selected by the user in the menu table at the top left of the screen. Image 5,  View of the meteorological data archives with statistical analysis The following images show the results obtained by creating nominations of the gas consumption forecast for the winter and summer season at the distributor PLIN VTC from Virovitica.

The following images show nominations and meteorological conditions as well as deviations from actual values for 19.2.2010. Only the temperatures as input meteorological parameters were used in the design of these nominations. The reason for this is a very small database of historical data collected until 19.2.2010. which contained data for only the last seventy days. Despite so small amounts of data, satisfactory accuracy was achieved in the creation of nominations. In this case, the daily nomination amounted to 4431 m3, and the actual consumption was 4377 m3 which means the error of 54 m3 or 1.2% and the average hourly error of 4.7%. Image 7, View of the nominal and actual hourly spending for 19.2.2010. with percentage deviations

Image 8, Graph of measured and forecasted temperatures for 19.2.2010 Image 9, Representation of nominated and actual hourly spending for 08/07/2010 with percentage deviations

In the summer, daily consumption drops to one tenth of winter’s, and its dependence on day time and human factor gains more importance than temperature. At such low hours, there is a problem of accuracy of the nomination system. For example, for hourly consumption of just 10 m3 our nomination can amount to 12 m3. Absolutely, this is a minor mistake of just 2 m3, but it is relatively big 20%. Under such conditions, it is virtually impossible for an hourly error of less than 10% throughout the day. The difference of 2 m3 can be produced only by a few households by consuming natural gas for purposes that can not be directly related to input parameters (eg cooking or roasting). 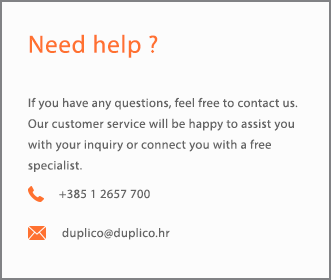